Happy Birthday to the Camaro 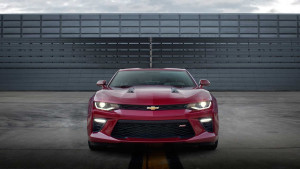 If you're a performance car fan in Tewksbury, you'll be celebrating the fiftieth anniversary of the Chevrolet Camaro this year. Mark the occasion with Lannan Chevrolet of Lowell!

History of the Camaro

The Chevrolet Camaro arrived in a buzz of publicity. It was designed as a competitor to sports cars like the Panther and Ford Mustang; when asked what a Camaro was, Chevrolet claimed it was "a small, vicious animal that eats Mustangs." The first generation of the Camaro was available as a coupe or convertible, with a powerful 7.0L V8 engine.

The Camaro was restyled in 1970, with three optional packages and a heavily restyled look that set the stage for the most iconic model of this car. It added a unibody suspension, and was picked as one of the ten best cars in the world by Road and Track. The third generation of the Camaro in 1982 came with the familiar blocky headlights. It also came with new safety features thanks to new federal guidelines, with a body that was 500 lbs. lighter than the previous generation.

The 50th anniversary of the Camaro marks the inception of its sixth generation. The body has been redesigned as a completely unique car, 200 lbs. lighter than the 2015 model of the Camaro. You'll get a choice between a 2.0L turbocharged 4-cylinder engine that produces 275 hp, a 3.6L V6 engine that produces an impressie 335 hp, and a 6.2L V8 engine that produces an amazing 455 hp. You'll also get advanced Custom Launch Control with Line Lock, which lets you lock your front wheels during acceleration so you can warm up the engine. This incredible vehicle can reach a top speed of 193 mph!

Get Your 50th Anniversary Chevrolet Camaro

If you can't travel to Detroit to be part of the 50th anniversary of the Camaro at the world-famous Woodward Dream Cruise, you can still celebrate with Lannan Chevrolet of Lowell! For a test drive of the brand new Chevrolet Camaro, call us today at 978-458-2526 or come see us at 831 Rogers St. in Lowell, MA.

0 comment(s) so far on Happy Birthday to the Camaro