Through the Years: Chevrolet Silverado

Lowell and Tewksbury drivers know that the right vehicle can make a difference. Thanks to its trusted design and innovation, a used Chevrolet Silverado is a great option for drivers looking for an attractive, efficient, and durable vehicle. Take a look at the Silverado generations below to learn more about what this vehicle has to offer. 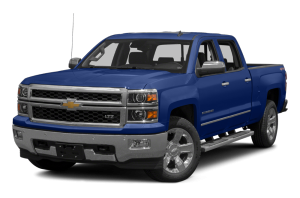 The structure of this generation also received an upgrade. The fully-boxed high-strength steel frame now includes hydroforming technology, meaning that the cab is also built with high-strength steel. The truck’s bed now uses roll-formed steel instead of stamped steel, which helps to improve weight.

The High Country edition was also introduced, which gives Chevrolet its first touch in the luxury market for pickup trucks.

In 2015, the 6.2L engine was paired with an eight-speed 8L90 transmission, which improved acceleration and fuel economy. Seven special edition vehicles were also added to the lineup.

In 2016, the third generation received a new grille, front fascia, and new headlights. HD Radio was also added, and the MyLink touchscreen became a standard feature.

Get Your Silverado at Lannan Chevrolet of Lowell

No matter if you’re in the market for a used Chevy or a brand new Silverado, Lannan Chevrolet of Lowell is the right place for you to get your next car. Visit our dealership at 831 Rogers Street in Lowell, or contact us at 978-458-2526 to schedule a test drive.